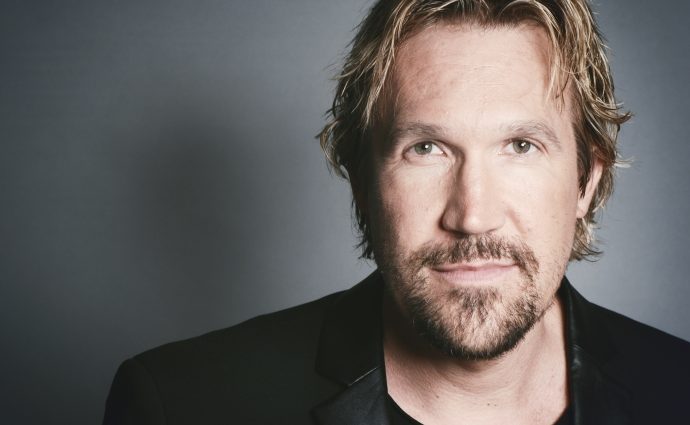 David A.R. White is a storyteller by nature. And while he tells many stories through his acting, producing and filmmaking, a greater one encompasses them all: the calling of God on each of our lives. David has been building his career in the film industry for more than 20 years, and in doing so he has learned a few things about following a God-given dream.

As a founding partner of Pure Flix Entertainment and with many credits to his name, David’s career hit new heights in 2014 with the release of the Pure Flix film God’s Not Dead, in which he also starred. It soon became one of the most successful independent faith-based films of all time, making his studio, Pure Flix, the most successful Christian film production company in the industry.

David was raised in a small Mennonite farming town outside of Dodge City, Kansas. At the age of 19, he moved to Los Angeles to begin what would quickly become a successful career as an actor, writer, director and producer. Since then, he has starred in nearly 20 feature-length films, including God’s Not Dead, God’s Not Dead 2, Mercy Streets, Hidden Secrets, Jerusalem Countdown, Me Again, Brother White, Revelation Road 1 & 2, 3, and many others.

David’s first book, Between Heaven and Hollywood: Chasing Your God-Given Dreams gives audiences a more complete, wide-reaching picture of how God has worked through his life in his pursuit of filmmaking and acting. For David, the dreams God gives a person are the highest callings one can receive, and in the book, he explores how following the Lord and your dreams simultaneously is not only possible but can be a powerful agent for furthering the Kingdom.

When he’s not producing films or writing, David is sharing his message of encouragement, inspiration, and humor at conferences, faith and film panels, and churches around the country. He lives in Los Angeles with his wife, Andrea and their three children.

God’s Not Dead: A Light in Darkness | David A.R. White